Clarke County Publishing has always been a Chamber-Main Street partner and works with OCMS to create every piece of advertising- whether it’s for the Osceola Sentinel-Tribune, Advertiser, Osceola Living or the Entertainment Guide. To understand Clarke County Publishing and the evolution of the News Paper/ Publishing business in Osceola, Ed Buesch has 42 years of insights.

Stack and Jean Samuelson owned the paper when Ed was hired. They sold it to Frank and Sally Morlan and after Frank's death, Sally sold the paper to Shaw Media. Hired as a printer, Ed helped Darrell Reynolds print the newspapers and Advertiser. In those days there were 15 people who worked on the newspaper, and depending on the number of inserts, it took 10-12 people to complete the Advertiser.

In the beginning, there were separate newspapers: The Tribune was printed on Monday and the Sentinel published on Wednesday. The Advertiser went to print Saturday morning. Ed says the biggest change in the newspaper business is how they are created.

In the early years, all newspaper and advertiser layouts were done "by hand"- no computers. The pages were put together one strip at a time using scissors and hot wax. The stories were typed in columns, cut apart and glued onto the page layout. Each page was then processed into a negative and an image was burnt onto a metal plate to be attached to the press.

Each picture, captured on a manual camera, was developed in the basement darkroom. Publishing was a long process, but Ed and the crew all worked together. He said they really felt a sense of pride when the newspapers were out for the public to read.

He says social media negatively impacted the industry, but he believes newspapers still offer the best in-depth coverage. “As an old newspaper guy, there is nothing like the feel, smell and sound of turning the pages as I read.” Fourth of July Winners, Sign and Awning Grant News, and ... Chamber-Main Street staff extends a thank you to everyone who participated i...
Read More 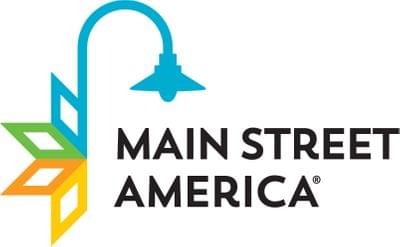